The Elder Scrolls V Skyrim: Everything You Should Know About Enchanting

Using powerful soul gems, the Dragonborn can add enchantments to weapons, armour, rings and amulets to empower themselves and their companions. 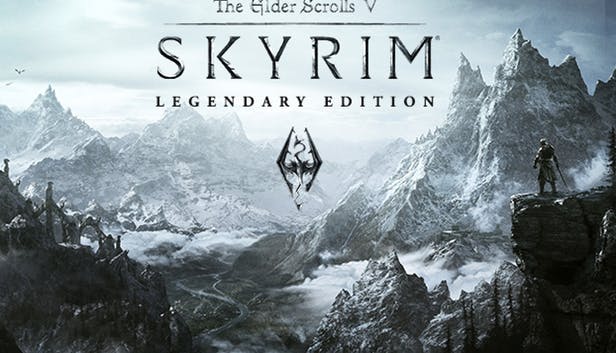 Happening upon powerful items in The Elder Scrolls isn't unheard of, but Skyrim offered the Dragonborn opportunities to specialize in the arcane enchantment arts to create items with unbelievable power. Becoming a powerful enchanter doesn't happen instantly. It times time, practice and a lot of soul gems to hone the enchanting skill. It also requires the sacrifice of magical items to gain access to enchantments that can be used in their craft repeatedly.

The sacrifice of those items is worth the rewards. Working up the Enchanting skill tree boosts abilities and eventually allows for dual enchantments to be placed on items, guaranteeing the Dragonborn is as powerful and protected as they can possibly be as they face enemies across Skyrim.

As with any skill in Skyrim, practice is one of the most consistent ways to earn levels, and the Enchantment skill is no different. To gain a boost for enchanting, which is included under arcane traditions, activate the Mage Stone between Helgen and Riverwood for a bonus. There are also three races that gain an instant +5 bonus to the skill at the start of the game: Imperials, Altmer and Orsimer.

Finding an Arcane Enchanter (or furnishing a home with one) opens up abundant possibilities to experiment by placing learned enchantments on simple items, like crafted iron daggers or silver rings. The more enchanting that is done, the more the skill rises. However, there are other avenues of levelling that can be pursued as well.

Six books across Skyrim will raise the Enchantment skill the first time they are read -- Twin Secrets, Enchanter's Primer, Catalogue of Weapon Enchantments, A Tragedy In Black, Catalogue of Armor Enchantments and the Oghma Infinium. There are also three trainers who will help boost the skill for a price. Sergius Turrianus at the College of Winterhold offers Master level training to level 75. Hamal in Markarth and Neloth in Tel Mithryn both offer Expert level training up to level 90.

To begin practising and raising the Enchanting skill, enchantments must be learned. To do this, the Dragonborn will have to take enchanted items in their inventory to an Enchanter's table and disenchant them to learn from them. Once an item has been disenchanted, the same enchantment cannot be relearned from a similar item, even if that new item is more powerful.

Though it's often hard to part with some of the more powerful enchanted items in inventory, especially early in the game, the act of disenchanting an item boosts the skill, often more powerfully than enchanting items does. Don't be afraid to make the sacrifice, as the loss will lead to even greater rewards later, especially as the Dragonborn climbs the Enchanting Skill Tree.

Soul gems are necessary for the Enchanting skill, and coming across soul gems that are already empowered with the souls required isn't easy. There are tons of empty gems in all shapes and sizes available for purchase and scattered all over the place in dungeons and hideouts, so grabbing any that happen to pop up is a good idea. They also need to be carried by either a player or companion with the Soul Trap spell or a weapon imbued with Soul Trap, and as enemies are killed, their soul will be drawn into an empty gem and stored for later use.

The size of the soul gem is specific to the size and power of the creature killed. Black soul gems, which are one of the most powerful, can only be filled with the soul of another humanoid creature or ghost. Once a soul gem is used at the Arcane Enchanter, it is destroyed, so fill and keep as many as possible on hand. Smaller gems are great for early enchantments, as they aren't nearly as powerful.

Work All Three Skills Together

There are potions and items around Skyrim that can improve skills while being performed, such as the Fortify Enchantment potions. Enchanting items that will improve the Alchemy craft can create powerful Fortify Enchantment potions, which, in turn, lead to even more incredible enchantments. Experiment, using all three crafter's skills in a loop to level Alchemy, Enchanting and Smiting together. In time, the items crafted will be so powerful those early sacrifices to gain enchantments will barely be remembered.

Another benefit of working these three skills together is that as those powerful items are crafted, and they're no longer needed by the Dragonborn or their companions, they can be sold for astronomical earnings.

According to Critics: Every Mario Kart Game Ranked

GoNintendo Video - Every room is death in Disc Room