The Case Study of Vanitas Has Its Own Fullmetal Alchemist Moment

Episode 6 of The Case Study of Vanitas invokes a horrifying scene from Fullmetal Alchemist, and it works in more ways than one.

One of the most traumatic moments in all of the anime -- and one of the most important in terms of influencing the protagonists -- remains the Nina Tucker “big brother” moment in Fullmetal Alchemist. The Case Study of Vanitas features a very similar moment in Episode 6, both in terms of presentation style and its importance to character growth. Coincidentally, both anime are produced by Studio Bones, which further highlights the similarity between the two series. 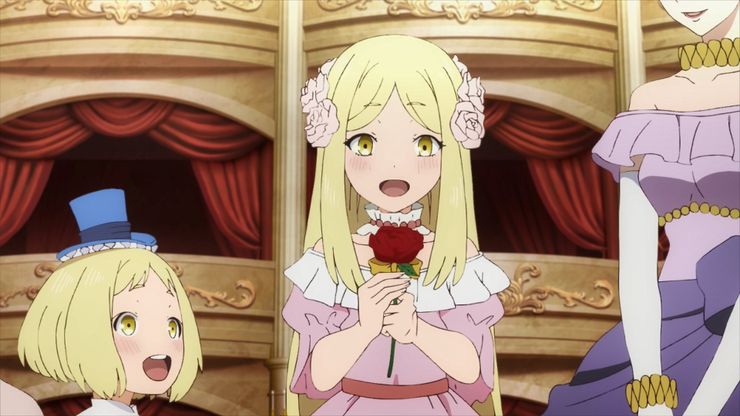 For the uninitiated, the Nina Tucker episode in Fullmetal Alchemist starts with protagonists Edward and Alphonse Elric visiting a fellow alchemist named Shou Tucker. He's struggling with his research on chimaeras and is about to lose his alchemy license. During the visit, the brothers befriend Shou’s daughter Nina, who lovingly calls them “big brother.”

When the brothers return a second time, Shou has successfully created a talking chimaera, suspiciously at the same time his daughter and the family dog are missing. When the chimaera opens its mouth and calls Ed “big brother” in a deep yet twisted childish voice, the brothers instantly realize the horror that's happened -- and the rest is history. This was a defining moment for the Elric brothers as it became a lasting regret and their key motivation through the rest of the series.

The Case Study of Vanitas Episode 4 saw the protagonists attend a ball for vampires, where Vanitas performs a magic trick for a little girl and gives her a rose. Now in Episode 6, the Charlatan -- who cursed a large group of vampires and is now using their power -- arrives at the ball and wreaks havoc. The cursed vampires are instantly turned into zombie-like creatures and start attacking everyone else.

Vanitas and Noe are able to use the Book of Vanitas to save most of the cursed, but they are too late when they find the little girl sucking her mother’s blood. When she raises her head, they realize she's already transformed into a dog-like monster, a sign that her condition is irreversible and beyond saving. 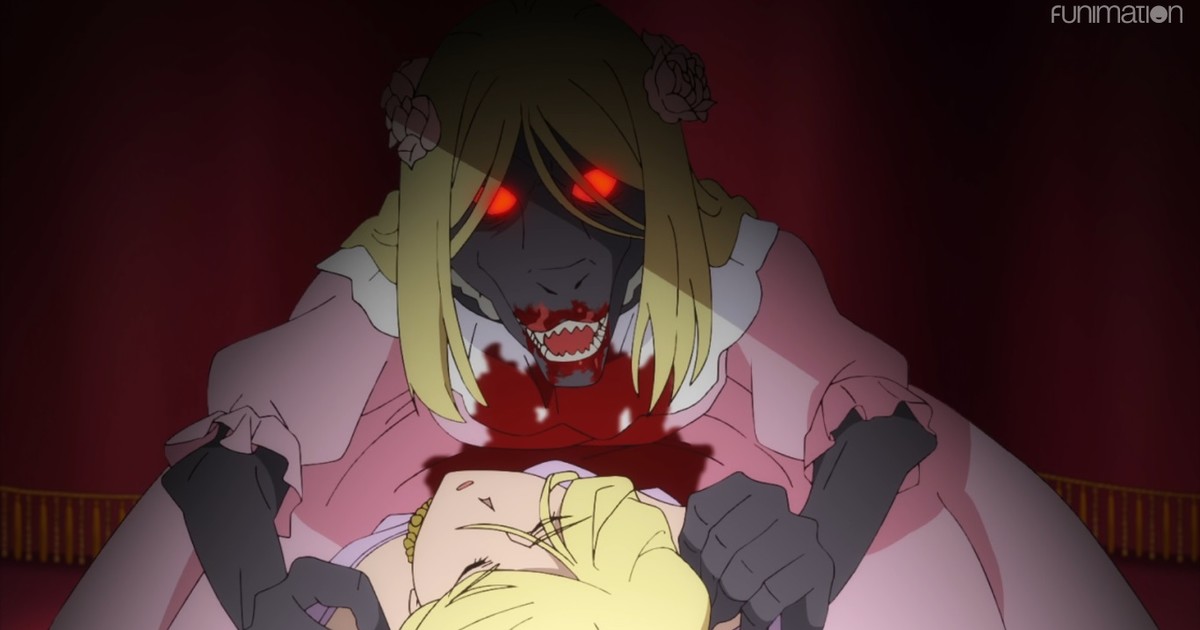 The girl cries in a similarly deep, creepy voice as Nina in FMA and begs Vanitas to kill her before she hurts her sister too. The ordeal is all the more painful because there's still some sanity left in her, but she can’t control her actions. Vanitas agrees and, after finding out her true name, turns her into a pile of dust while Noe watches helplessly.

In Episode 1, Vanitas claimed he will save all vampires in his own way, regardless of what they want. Everything he does is for his own goals, not out of altruism or kindness, which is why the way he constantly ignores consent is a central part of his character. Noe previously thought Vanitas was just saving vampires in the more traditional sense, and because he regrets what happened to Louis, he believed he could save everyone easily with Vanitas’ help. He didn't yet realize what Vanitas truly meant by “saving” vampires, but now he does. 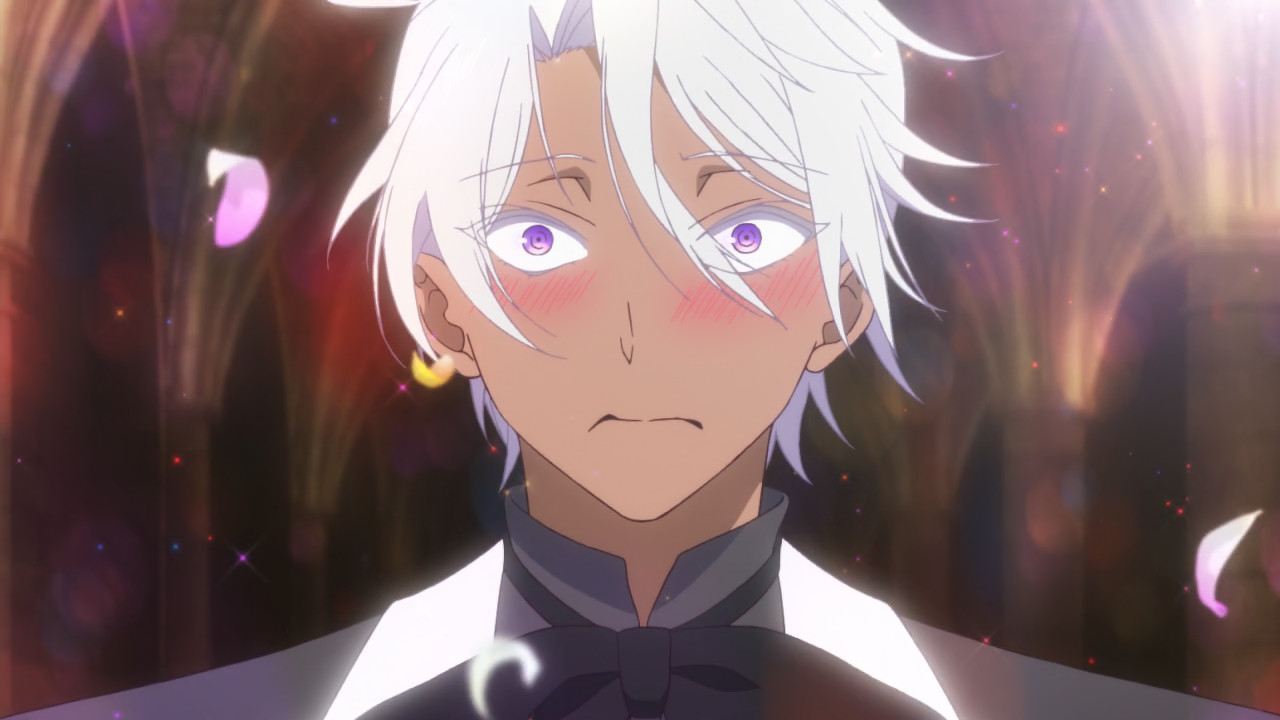 This is Noe’s true awakening in The Case Study of Vanitas. Until now, he had been dragged around to places by Vanitas or Domi without much forethought. Now that he understands Vanitas’ true intentions, he is personally motivated to follow him on his ventures. He's determined to witness Vanitas’ actions first hand and come to his own conclusions about him and the book. If Vanitas can ignore other people’s consent and act on his own accord, then so can Noe.

With Noe changing from a mostly passive prop into an active agent in the story, Episode 6 is the true start to The Case Study of Vanitas. He finally comes into his own after witnessing the girl's death, shedding some of his naiveté and becoming a more proactive person. It’s a crucial growth moment for Noe, just like the Nina moment was for the Elric brothers. Now that the dynamic duo of Vanitas and Noe is formed in earnest, they can embark on their adventures -- though it may not be such a happy journey, as hinted at the end of the episode.

Spirited Away: Makes a Strong Case Against Corporate Culture

Grandmaster of Demonic Cultivation: What to Remember Going Into Season 3

Where to find all the school bells in Tony Hawk's Pro Skater...

Looking Back At P.T., Kojima's Silent Hill Game That Never...