How to play Modern Warfare 2's World Cup mode: Get free rewards on Support a Team

Modern Warfare 2 celebrates the World Cup with a prediction challenge. Here's how to participate in the Support a Team event. 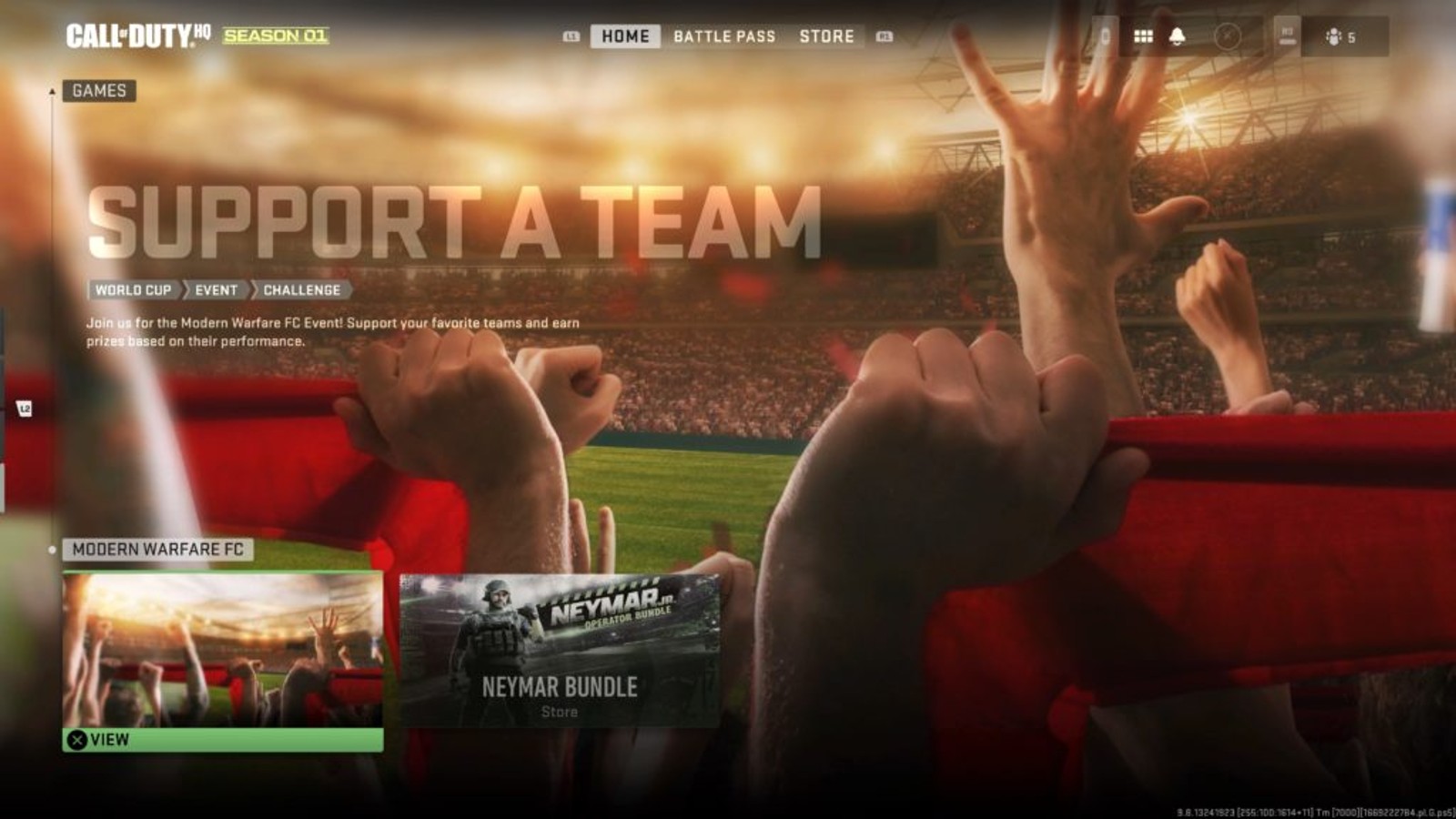 The FIFA World Cup 2022 is in full swing and Modern Warfare 2 has marked the occasion with a prediction challenge. Here’s how to participate in the Support a Team event.

Modern Warfare 2 already got into the World Cup spirit by releasing a Neymar Operator skin on November 21. Paul Pogba and Lionel Messi will also be added as playable Operators. As part of the Modern Warfare FC event, Activision plans on introducing a CODBall mode inspired by Rocket League.

The 2022 FIFA World Cup has provided plenty of unexpecting plot twists in the opening matches. Saudi Arabia shocked a Messi-led Argentina squad, and Japan took down a star-studded Germany team. Activision is putting MW2 players’ football knowledge to the test, offering blueprints and other rewards for predicting World Cup games.

Here’s everything you need to know about participating in the MW2 Support a Team event.

How to participate in MW2 Support a Team event

Activision launched the Support a Team event on November 23, and it ends on December 2. Players will have the chance to vote on six total matchups.

Here are the steps for voting on a game: 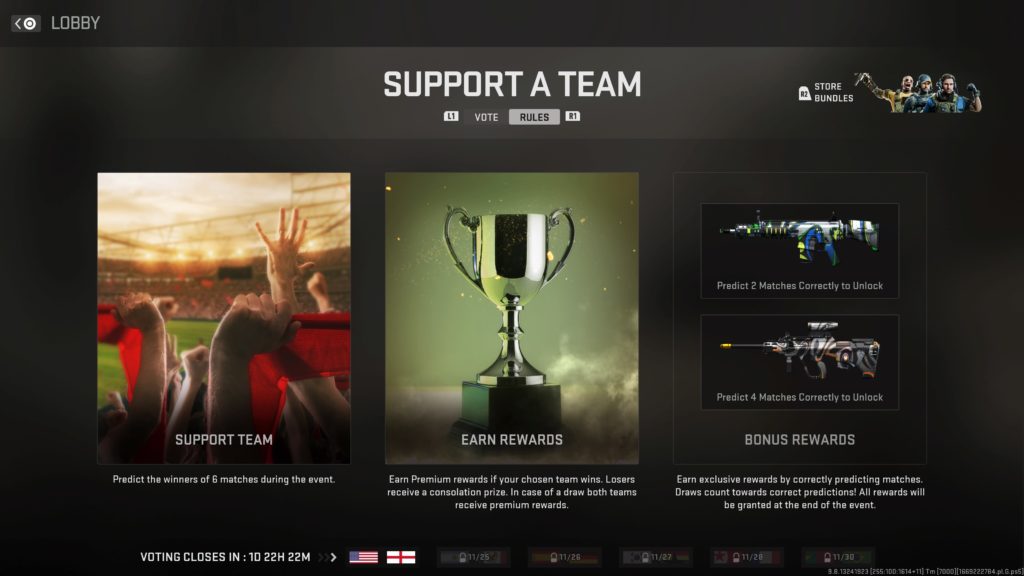 On the right, you can see two weapon camo rewards as part of the Support a Team event.

The first match to vote on is the USA vs. England game on Friday, November 15. The voting is live for two days, and then a new game will replace the match.

Predicting two matches correctly earns one weapon blueprint, as seen above. If you predict four games correctly, you win an additional weapon blueprint. Losers receive a consolation prize, and in the case of a draw, both teams receive premium rewards.

The best AS44 loadout in Call of Duty: Warzone Pacific...

Treyarch and Sledgehammer teaming up to bring Ranked Play...