Blacklist International marched to the upper bracket finals after handing RSG MY with a 2-0 beating in the Mobile Legends: Bang Bang Southeast Asia Cup playoffs, Friday evening. The Tier One-backed squad remained immaculate in the tournament. They are also now on a three-game winning streak with a perfect 6-0 record. The Filipinos rode Johnmar […] The post Blacklist pounds RSG MY, advances to MSC upper bracket finals appeared first on Tiebreaker Times.

The Tier One-backed squad remained immaculate in the tournament. They are also now on a three-game winning streak with a perfect 6-0 record.

The Filipinos rode Johnmar “OhMyV33NUS” Villaluna’s Mathilda in Game One, putting on a dominant performance to draw first blood against the Malaysians.

With RSG MY trying to contain Edward “Edward” Dapadap’s Paquito, OhMyV33NUS’ aggressive performance in the opener proved to be the key for Blacklist International as this allowed Kiel “OHEB” Soriano’s Harith and Danerie “Wise” Del Rosario’s Aldous to farm up early in the match. 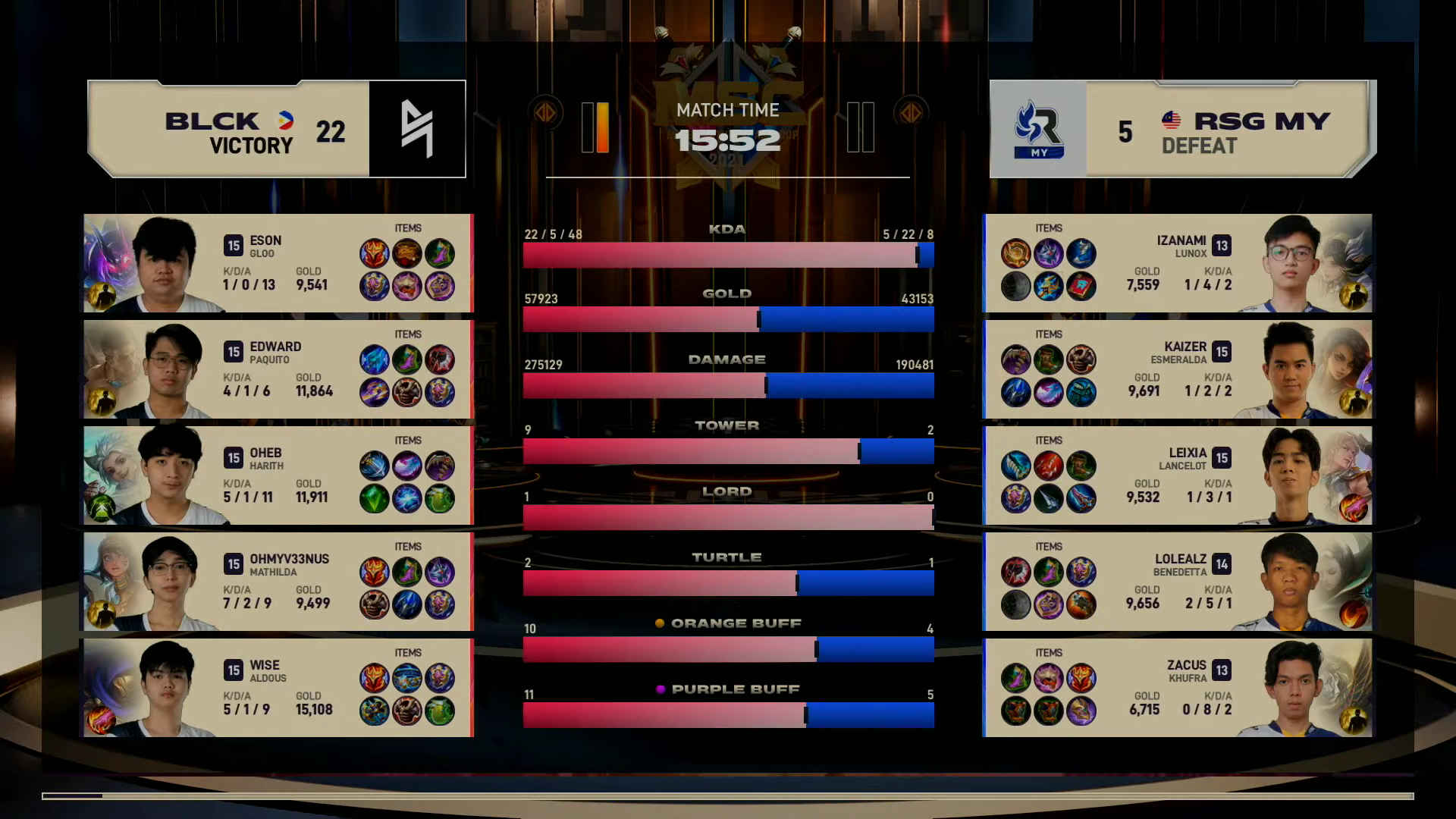 But luckily for them, the 1-2 punch of OHEB and Wise came through in the end.

OHEB, who won the SMART MVP, finished with a total of five kills and four assists on his Harith against just two deaths. Meanwhile, Wise’s Granger pulled through with six kills and five assists against just a death. 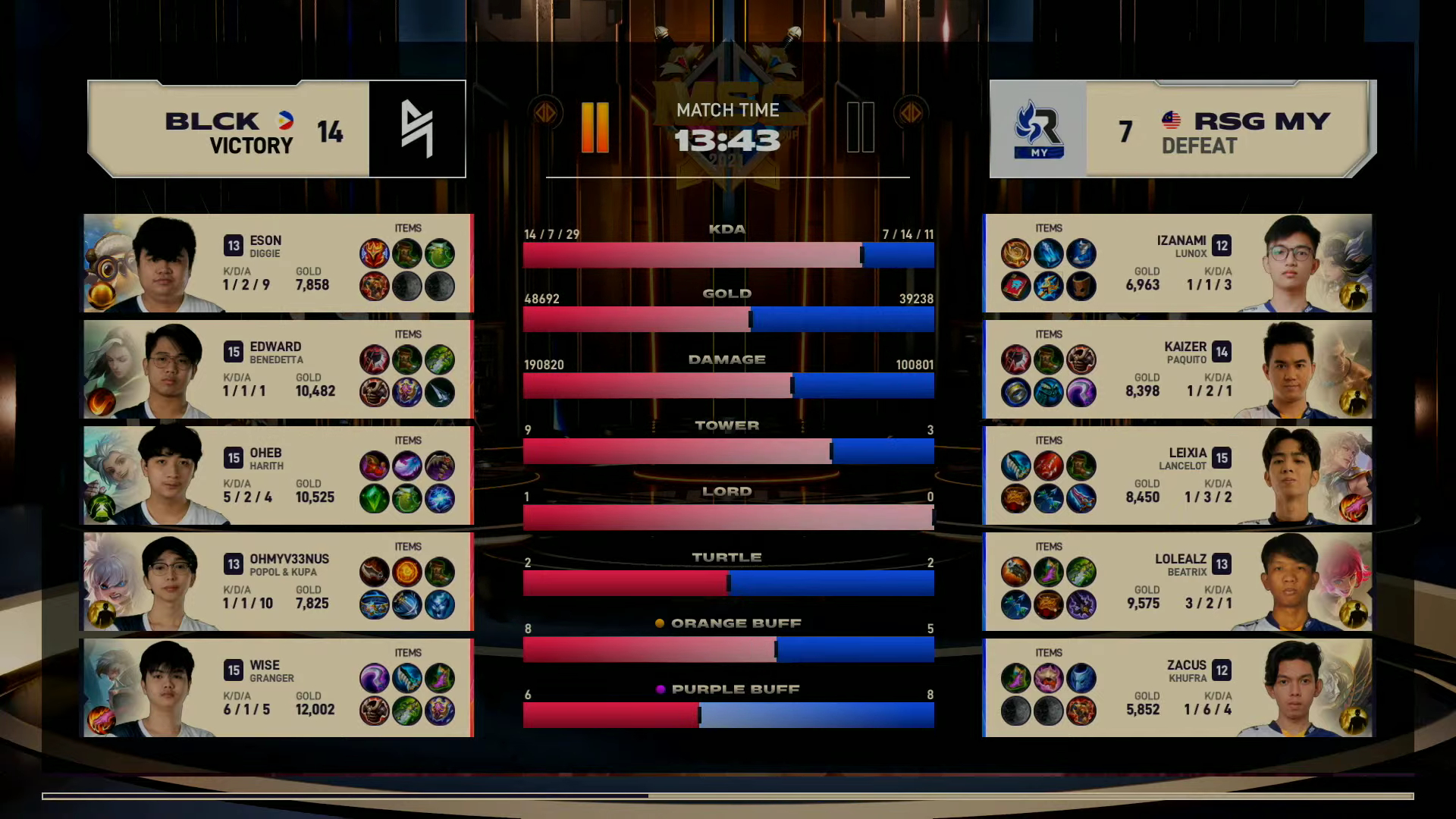 OhMyV33NUS’ Popol and Kupa also played a key role in the comeback. He had a game-high 10 assists laced with a kill and a death in the 14-7 win.

Blacklist International will next face the winner between the EVOS Legends-Execration in the upper bracket finale tomorrow at 5:00 pm.

Kelra’s gallant stand not enough as Execration drops to...

The Filipino Aldous shines in SEA debut as Blacklist makes...

Nikko unstoppable as Doom as Execration pulls off upset...