Grisha, Eren, and Zeke have many powers and played important roles throughout the manga, and fans are always excited to see them fight their enemies.

There are many powerful characters in Attack on Titan, with three of the strongest being Grisha Yeager and his two sons, Eren and Zeke. All of them have fought in epic battles throughout the series, especially since each of them is a Titan Shifter. 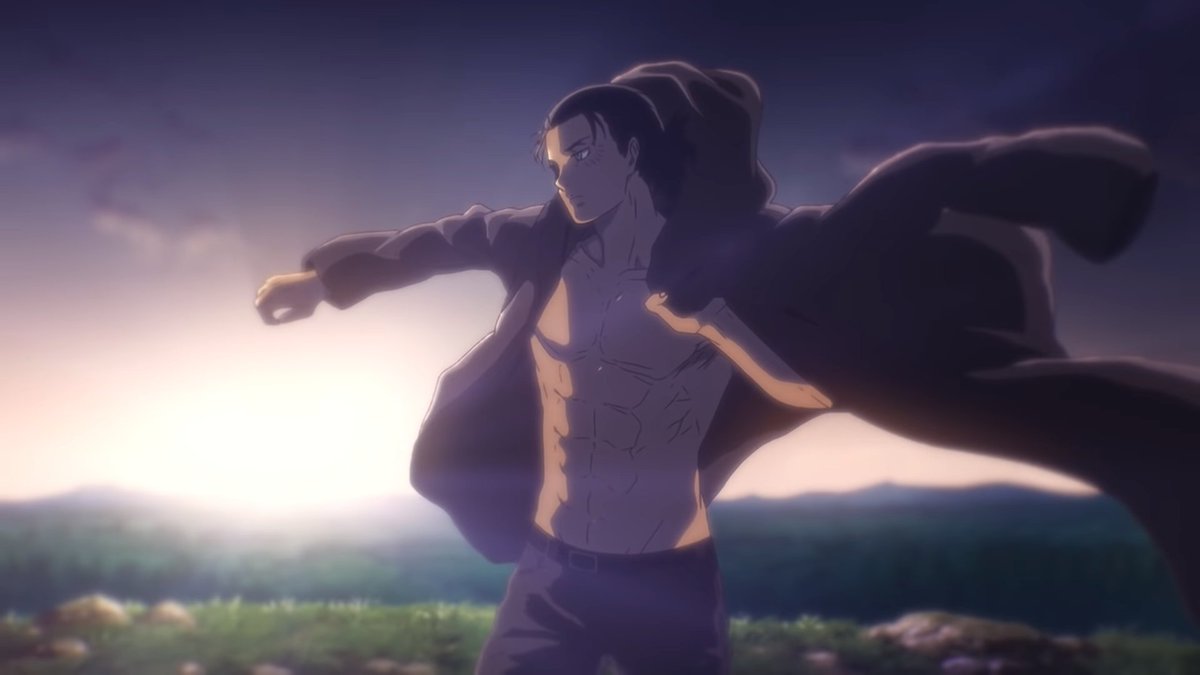 Grisha was both the Attack and Founding Titans, before passing them onto Eren, who would eventually obtain the War Hammer Titan as well, while Zeke was the Beast Titan. Since they have so many powers and have played important roles throughout the manga, fans are always excited to see them attack their enemies.

The Female Titan was a huge threat to the Survey Corps at the beginning of the series, killing many soldiers, including some of Eren's friends as she tried to capture him. After losing a fight to her, Mikasa and Levi teamed up to save him and retreated once they did. However, Eren and Mikasa fought her again once they learned that the Female Titan's inheritor was a former comrade of theirs from the 104th Cadet Corps.

This battle was both a thrilling conclusion to The Female Titan arc and season one of the anime. Though Eren and Mikasa won, Annie was able to use her hardening abilities to create an indestructible crystal around her body, saving her life.

Zeke played an important role in this fight as he turned Eldians into Titans that ate some of his enemies while he personally destroyed their fleet. If it weren't for Zeke's titanic powers and skills as a pitcher, the Mid-East Allied Forces may have won this war.

8. Eren Used The Coordinate For The First Time By Killing Zeke's Mother

When he was a child, Zeke revealed to Marley that his parents were Eldian Restorationists. While Grisha inherited the Attack Titan and started a new life in Paradis, Dina was transformed into a Titan unwillingly. She eventually ate Grisha's second wife, Carla, causing Eren to hate her.

Years later, he found and punched her, which activated the coordinate for the first time. With it, he was able to kill Dina and help his comrades escape from Reiner and Bertholdt.

By making himself seem too weak to fight, he was able to sneak behind Bertholdt while Armin distracted him and defeated him. However, Armin nearly died in the process, so to save his life, he had to transform into a Titan and eat Bertholdt.

6. Zeke Killed The Majority Of The Survey Corps

While Eren and Armin fought the Colossal Titan, Zeke killed the majority of the Survey Corps, including Commander Erwin. All of these soldiers were willing to risk their lives in hopes that Levi would be able to sneak around the Beast Titan and defeat him, similar to what Eren did.

Both humanity's strongest soldier and the Beast Titan fought well in this battle, but Levi won. However, he hesitated to kill Zeke, who got away when the Cart Titan rescued him. From that day forward, the two became the greatest of enemies.

5. Zeke Fought Levi In The Forest

Zeke and Levi's best battle took place in a forest where the Survey Corps captain looked over the Beast Titan. Zeke was able to trick Levi's comrades into drinking his spinal fluid so once he was ready, he turned them into Titans and had them attack Levi.

However, Zeke had underestimated his opponent, as Levi didn't hesitate to defeat his former friends before fighting the Beast Titan once more. Even though Levi thought that he finally won the fight against his enemy, Zeke was able to get away and permanently injure humanity's strongest soldier.

When Marley invaded Paradis, the Armored and Jaw Titans teamed up to fight Eren while the Cart Titan and Theo Magath nearly killed the Beast Titan. In order to give them an advantage in the battle, Zeke used his screaming ability to transform all of the surrounding Eldians he tricked into drinking his spinal fluid into Titans.

Because Falco was one of the Eldians to transform and Porco gained Marcel's memories, the Armored and Jaw Titans stopped focusing on Eren, allowing him to escape. However, when he was just a few feet away from Zeke, Gabi decapitated him. Luckily, because he's just as good as catching as he is throwing, Zeke caught Eren's head and saved his life, sending them both to the coordinate.

Before Marley's military attacked Paradis, Eren snuck into Marley and met with Zeke. There, Eren sent a letter to the Survey Corps, telling them to help the Yeagers fight Marley during a festival. Eren killed many people and inherited the War Hammer Titan.

Since Zeke still needed to pretend to be on Marley's side, he had to fight the people he had agreed to help. During the battle, he pretended to die and escaped to Paradis with his brother. The Yeagers got everything they had wanted that night, leaving the world outside of Paradis to suffer.

Inside of the coordinate, Zeke showed Eren their father's memories. The most important of them all was when he had killed the Reiss family to inherit the Founding Titan. However, he originally hesitated, not wanting to kill anyone.

It was only because the present version of Eren spoke with the past version of Grisha, convincing him to kill Paradis' royal family, and sent him memories of the future that his father passed both the Founding and Attack Titans down to the past version of Eren. By trying to convince his younger brother that he was right, Zeke created a time loop that resulted in him losing everything he had wanted since he was a child.

1. Eren, Zeke, & Grisha All Fought In The Rumbling

After betraying Zeke, Eren began the Rumbling, which killed the majority of the human race. The Survey Corps and Warrior Unit teamed up to stop him. They first had to catch up to Eren and the Colossal Titans he had under his control, but once they did, Eren was able to use the power of the Founding Titan to bring Titan Shifters that had passed away throughout centuries back to life, including Grisha.

Eren's father and brother didn't have control over themselves at first, but once Zeke learned the meaning of life, he and the other Titan Shifters that Eren controlled were able to act on their own and decided to stop the Rumbling. From there, Zeke was able to leave the coordinate and allowed Levi to decapitate him. Shortly after, Eren died and obtained the freedom he had always wanted when he was reincarnated as a bird.

Attack On Titan: 10 Things You Need To Know About The Female Titan - Annie Leonhart